If you don't wish to order online.  You may print out an order form and mail it to the address listed at the top.  Please click on the Button to the Right to open a PDF file. 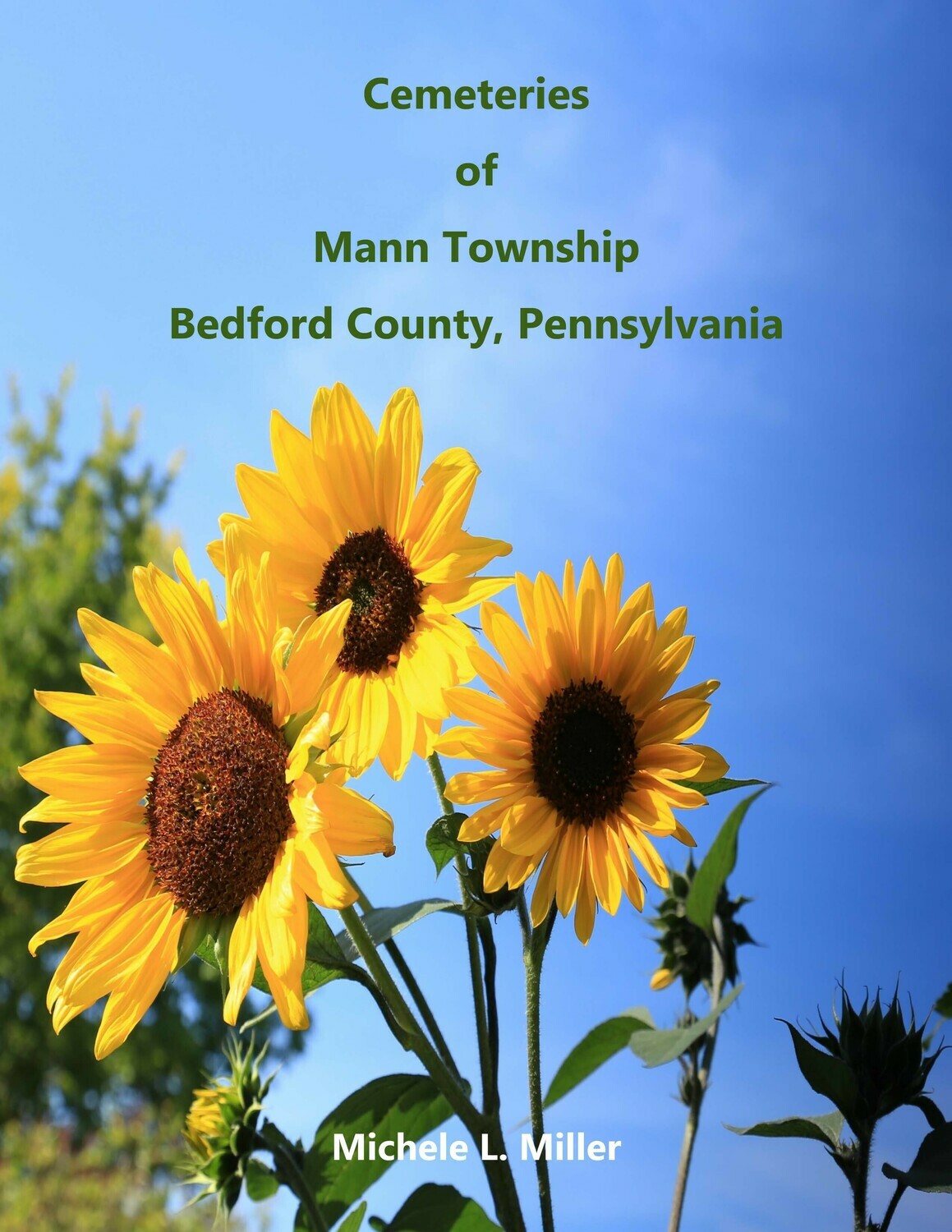 Mann Township, established in 1876 from Southampton Township, which now borders it to the West, is home to Artemas, Inglesmith, Purcell, Silver Mills, the Buchanan State Forest, and Pennsylvania State Game Lands. It covers just over 35 square miles and is also bordered by Monroe Township on the North; Fulton County, Pennsylvania on the East; and Allegany County, Maryland to the South.

Mann is located in the southeastern most corner of Bedford County and is named after the Honorable Job Mann, a very prominent man of the county. Mann studied law, was admitted to the bar, and had a practice in Bedford for many years. Having served as the Register, Recorder, and Clerk for Bedford County for many years, he was elected to Congress, was a member of the House of Representatives, and also served as the Pennsylvania State Treasurer for a period of time.

Once a flourishing and industrious township full of rich farmland, it is home to many cemeteries that serve as the final resting place for the many farmers, housekeepers, carpenters, store owners, mail carriers, and their children who helped make the township what it is today!

Stroll through Bennett, Bethel Christian, Conrad Farm, Fairview, Gideon Smith Farm, Greenfield, Johnson, Lashley, Mueller/Miller, Morse Farm, Perrin, and Purcell Field Cemeteries and remember those who came before us and the Veterans who we honor for their courage and patriotism.

Save this product for later
Display prices in: USD